What Can Your D&D Game Steal from Other Games?

IntroConso was amazing. What’s that? You never heard of IntroConso? That’s because my friends and I made it up.

My great pal, fellow Tome Show podcaster, and amazing Night’s Black Agents Game Master, Rudy Basso, and I have been going to Gen Con together for the last two years. 60,000 people who are all down to roll some dice and have a great time for four days straight. We make it a point to experience a lot of new games since we play fifth edition Dungeons and Dragons a majority of the time we game. It’s always a rush to discover a new game.

We’ve been trying to get our own friends from college to go for years, but things like distance, expense, and time away from work and family make it difficult for many of our buds to attend. Last year while at Gen Con it hit me. Why not plan our own convention? Well, not really a convention. We’d invite just a few friends to join us for a weekend of gaming somewhere more convenient. They all live on in the Northeast, so we could simply gather at one person’s home. Suddenly expense, travel, and time away were less of an issue. It wasn’t a 60,000 person con, but it was a weekend with some of the coolest people I know.

We organized this bash and I sent out an email to the dudes who were immediately on board. I jokingly called it James Con, which Alex Basso, Rudy’s awesome brother, changed to IntroConso. The name stuck. We just wrapped up the first get together and there were eleven people total (including Round Table panelists Greg Blair, Andrew Timmes, Vegas Lancaster, Ray Fallon, and John Fischer). We introduced those dudes to a bunch of new games over the weekend and they introduced Rudy and I to some new stuff. Anyone out there who can take a weekend, day, or even just a few hours to experience a new tabletop RPG with some should definitely do it! We had so much fun, but we also learned a lot of new mechanics which we enjoyed.

Now that life is back to normal, we’re going to be resuming our usual awesome gaming meal of fifth edition Dungeons and Dragons. So with that in mind, here’s a few my favorite mechanics from the games we played that could be stolen and brought into fifth edition.

Created by Jonathan Tweet and Rob Heinsoo, 13th Age takes a lot of the good mechanics from third edition D&D, which Jonathan helped design, and a lot of the good mechanics from fourth edition D&D, which Rob helped design, and mixes them with some brand new story and game rules to create something really special. The game is one of the best out there for creating an epic fantasy story in which your PCs really feel like badass heroes.

The Rule: In the default 13th Age setting, there are 13 icons. Icons are basically high level, archetype NPCs like the Emperor, the Lich King, the High Priestess, and the Dwarf King with whom your players share some sort of relationship. During character creation, players have three relationship points to spend on their PCs’ positive, negative, and conflicted relationships with one or more specific icons. The players describe why they have a relationship with NPC (e.g. “The forces of the Lich King killed my parents so we have a negative relationship,” or “I served in an army commanded by the Dwarf King and respected the decisions he made so we have a positive relationship.”)

At the start of each game session players roll 1d6 per relationship point. If any of those results come up 6, something good happens to the player’s PC during the session because of that relationship. For instance the icon or its agents might give the PC a magic item or a henchman to help with a quest. If the player rolls a 5, something good happens to the PC because of their relationship with the icon, but it comes with strings attached. The player might have to complete a side quest, surrender some resources, or give up an item in return for the aid they receive. All other results are ignored because over the course of a long campaign, each player will roll many 5s and 6s, especially since a PC gains more relationship points as they progress in levels.

How It Can Work in 5e: You can use the rule as written and set your fifth edition campaign in the default world of 13th Age, you could create your own icons and use them, or have the gods (which are more active in the lives of mortals in many D&D games than in 13th Age) be your icons.

PCs start with three relationship points at first level, gain another at seventh, and a fifth at fourteenth. Otherwise use the rule as written.

The Rule: During character creation, every player picks something about their character that is unique and applies only to their character. “I am the bastard son of the Emperor,” or “I am the only elf ale brewer.” These unique things make PCs special right off the bat and help define the game world since they are limiting. You can find a bunch of examples here.

How It Can Work in 5e: Use the rule as written.

The Rule: During 13th Age combat the PCs get into a groove and gain a sort of momentum which allows them to get better at swinging their swords and casting their spells. At the end of the first round of combat the escalation die appears. This six-sided looks like any other. It starts showing number one and at the end of everyone round of combat increase by one until hit six, where it stays until the end of the battle.

PCs, and usually only PCs, add the escalation die’s number to their attack rolls. This helps combat go a little more quickly and rewards PCs for staying in a tough fight.

How It Can Work in 5e: Use the rule as written for PCs. Legendary creatures (like dragons, beholders, vampires, etc.) also gain the benefit of the escalation die.

Shadow of the Demon Lord 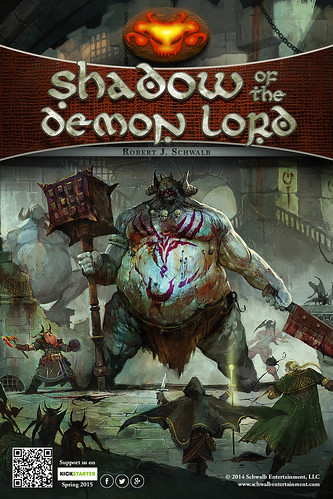 Set in a dark fantasy world from the mind of Rob Schwalb, Shadow of the Demon Lord is one of my favorite new RPGs. You can tell because I’ve been creating many pregens for the system lately. It’s a gritty, violent, hard-to-survive game with spells like hateful defecation (which is exactly what you think). If you’re into horror, you have to check this game out.

The Rule: This was one of my favorite mechanics I discovered at IntroConso the players seemed to agree. It really helped speed up our combat.

During each PC phase, the PCs determine who acts in which order. If they can’t decide, the GM decides for them. This made things move very quickly.

How It Can Work in 5e: This rule takes a couple tweaks to work in fifth edition, but they are pretty easy. Here’s what I’d change. 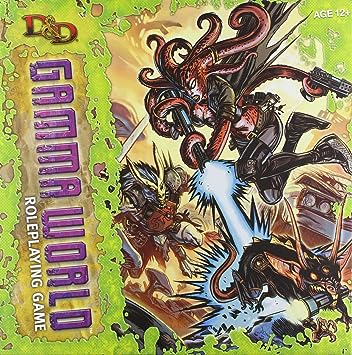 Gamma World’s seventh edition is one of the greatest things to come out of fourth edition D&D. The post-apocalyptic, zany game designed by Rich Baker and Bruce Cordell is based on D&D 4e’s rules, but has a lot more random mechanics that really keep the game interesting as PCs pick up crazy omega tech, constantly mutate their bodies, and roll for random origins, skill proficiencies, and equipment.

The Rule: In Gamma World PCs gain a single random Alpha Mutation at the start of each game which is swapped out with a new random one whenever they gain finish an encounter. These alpha mutations appear on cards which are drawn from a deck. At higher levels, PCs gain more Alpha Mutations.

How It Can Work in 5e: While they aren’t right for every fifth edition game, you could have players roll randomly to have a single cantrip they can cast after being exposed to some sort of strange magic. Have all PCs pick either Intelligence, Wisdom, or Charisma as their spellcasting modifier if they don’t already have one, create a table of every cantrip, have the PCs roll after each battle and at the start of each session to determine which cantrip they get. PCs gain an additional random cantrip at seventh level and fourteenth level.

What have you stolen from other systems to bring into another? Sound off in the comments below!