Introducing that Special Someone to D&D 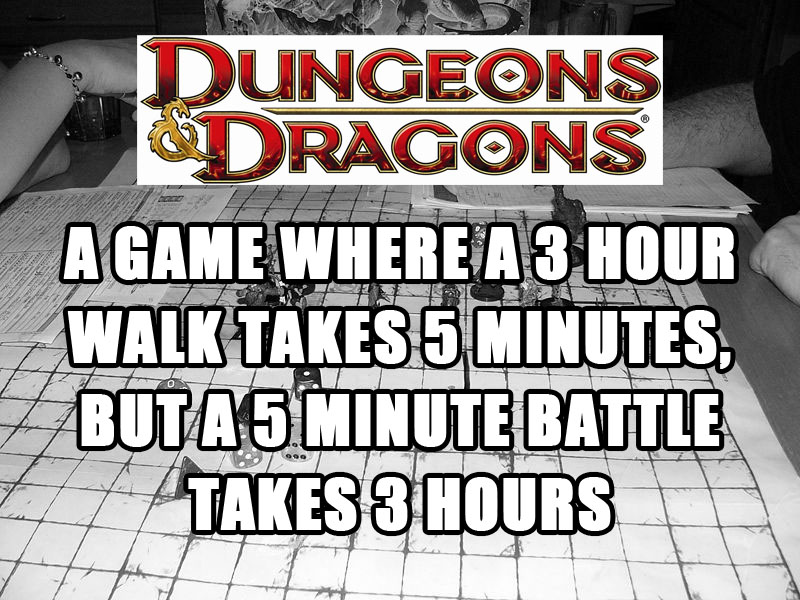 Your spouse. Your best friend. Your significant other. Your parent. Your sibling. Your cousin. Have you ever wished someone close to you would give Dungeons and Dragons (or any tabletop RPG) a try?

On Friday night Bonnie, my wife and the person I’ve been romantically involved with for almost six years, is going to play her first game of D&D. I sent out a Tweet about us making her character together and a few people are wondering how I convinced her to give it a try. I’m not sure I did anything other than be open and honest with someone I really trust, and then I returned that trust to make her feel comfortable throughout the preparation process.

Let me get specific. This post will share a few ideas on how you should approach someone close to you about playing D&D for the first time.

Let Them Know How Important It Is To You

When Bonnie and I first started dating, I didn’t have this blog and I didn’t host several D&D podcasts. I was gaming regularly, but we were 700 miles away from one another. The first time I asked her about playing D&D was much later in our relationship (still before the blog and podcasts). I approached it as a half-hearted joke. It was more of a “Hey, you wouldn’t actually be interested in playing D&D with me and all my male friends who have been playing together for years, would you? That’d be crazy!” Of course she declined.

As the podcast and blog have grown, she’s seen how much this game means to me and I finally became more direct and honest in my approach. She said yes to a game after seeing how much time and energy I pour into the hobby. “How could I not after seeing how much this means to you. It’s a huge part of your life I want to know better.” I should have been more honest and direct from the beginning which is good advice for any relationship. That’s step one. Be genuine about what the game means to you and why you want this person to give D&D a try. Be direct with your question as well. You might be surprised at the response you get!

(Side Note: Start using the #SheSaidYes and #HeSaidYes hashtags on Twitter when your significant other agrees to play RPGs with you.)

Let Them Know Why You’d Think They’ll Like It

Don’t make it all about you! Let the person know why you think they’d enjoy the game. In hindsight Bonnie was an easy sell. She loved to play pretend as a little kid, loves fantasy, enjoys other tabletop games, and has a degree in theatre. Now your special someone may not have all those unique qualifications, but if they enjoy Lord of the Rings, Game of Thrones, RPG video games, or just good story telling, odds are they’ll love RPGs. Tell them that!

Keep the Commitment to One Game

When you ask that special someone to play D&D with you, don’t ask them to commit a six-month campaign that meets once a week right off the bat. Ask them to play a one-shot game for a few hours. Asking someone for four hours each week for six months is more than four days of their life. A smaller commitment is more likely to get a resounding yes and it’s more fair. If they try it and don’t like it, they can tell you without fear.

Pick a Group of Players Together

Remember that D&D is a group activity and in order for that special person in your life to play, it’ll require a few of your friends. Don’t just call over all your regular players. Ask that special person who they want to play a game with. In Bonnie’s case she wanted some other new players so they could learn together and she wouldn’t be the odd person out. She also wanted there to be an equal male to female ratio, again so she wouldn’t be the odd lady out. We came up with a list and asked some friends who had never played before to come over for dinner and a quest!

Design a Character/Pick a Pregen Together (and Let Them Drive)

For Bonnie’s first character I had her tell me what she wanted. She described a few characters in her favorite books and movies (a great place to start) and we settled on a wood elf ranger. Then I asked her a few questions about her characters back story before diving into statistics. We had a long drive on our vacation from San Diego to Los Angeles and had a blast building this character’s backstory. If you can do this and then pick a pregen to match, you’re ready to rock. If not…

Then we sat down to actually build the character. I asked Bonnie questions about her character and then translated that into math, explaining each item as I went. I broke down the difference between Wisdom and Intelligence and let her be the one to decide if her character was more wise or book smart. I didn’t correct her and say things like, “Actually, it’d be better to put your 12 into Constitution and your 13 into Wisdom because of x, y, and z.” I helped her build the character she wants to play because that ensures that Bonnie does actually want to play. Don’t get too bogged down in min maxing, unless the new person who is playing really wants to min max.

Before it is time to finally get the game playing, read this other post I wrote called “Introducing Adults to D&D.” That will give you some tips and tricks for actually running a new player or group of new players through a game.

If that special someone in your life just doesn’t want to play D&D under any circumstances, don’t force the issue. You’re no worse off than you were before you asked and it’s important to respect how other people choose to spend their time. Similarly if that person tries it once and doesn’t want to play again, that’s also ok. Thank them for trying and let them know you’re willing to try something new that’s important to them!

Share this post:
« Have Spellbook, Will Travel BTS #10 » Round Table 139 – The End of Realms Novels? Plus Erin Evans and William Moomaw!