Game of the Week Formats

This month’s RPG blog carnival theme is Best GM Ever, chosen by Mark over at Creative Mountain Games. Of all the blog carnival themes, I’ve struggled with this one the most. I’ve had the privilege of playing with some of the best game masters in the business, including Mike Shea of slyflourish.com. I’ve had GMs like Ray Fallon, Vegas Lancaster, and Rudy Basso who are among the best actors and storytellers I’ve ever known. That’s just GMs I’ve been in games with. We’ve all seen the LeBron James of DMing Chris Perkins take the stage at PAX and run a game with some large personalities while maintaining the flow of his narrative with entertaining grace.

So how does one choose the best GM ever from amongst a pool of the planet’s best humans ever? The answer is simple. I’m not writing about any of them. In fact today I’m writing about a group of GMs I haven’t played with in years. I’m going to write about the guys I went to high school with – some of the best GMs ever.

There were five of us and we each ran our own Dungeons and Dragons games. We played in each other’s games. There were sometimes two or three sessions a week or marathon sessions that would last entire weekends.

We learned from each other. When one guy threw out the rulebooks for the first time and made his own ruling, we saw it made the storytelling flow faster and more smoothly and followed suit. Likewise we saw from another guy that you could improv your way through an entire session and suddenly we were all spending a few less hours preparing our games. I learned how to weave a player character’s backstory into a campaign, how fun a combat-free session can be, and more from my fellow GMs. I’d like to think they learned from me too. Our successes and our mistakes made us the gamers we are today. I would not be half the GM I am now if not for those individuals.

Our Game of the Week

In addition to all the valuable lessons I learned from my compadres, high school was also a glorious time of experimentation with non-D&D TRPGs. It seemed like in addition to our rotating D&D games we played another different RPG every week. d20 Modern, d20 Future, Star Wars: The Role-Playing Game, The Fantasy Trip, Mutants and Masterminds, and more were all on the menu. We playtested each other’s systems including a d6-based modern spy RPG, a d20 vampire hunting RPG set in the Legacy of Kain universe, a d10-based gritty realistic medieval fantasy game, and a d6-based Mega Man RPG. Ah, to be in high school and have that kind of free time again!

Well in honor of some of the greatest GMs ever I’m going to present a game of the week format that works people with less free time than a group of high school nerds, but still allows a group to play a bunch of different games and learn new stuff.

Why Game of the Week?

Game of the week – a format for playing tabletop role-playing games which allows for the switching of rulesets, game masters, characters, worlds, and stories from one session to another.

If you’re short on time, a game of the week format can seem daunting and only for people with more time in their schedules. So many different rules to learn and characters to create. Why not just have one person run a weekly D&D game?

I’m hear to tell you, that’s not necessarily true. There are advantages to the game of the week format that make it perfect for groups low on time.

Advantages of Game of the Week Formats

Themed Game of the Week

The sheer number options can be overwhelming when beginning to play in a game of the week format. One way to focus everyone is to provide a story theme for your games. Story themes shouldn’t restrict systems or time periods. They should give GMs and players a frame of reference and a starting point for ideas.Coming of age stories, romance, swashbuckling, and dungeon delving are all great themes. You can even give your game of the week a name as I have in the Band of Bandits example I typed up as part of a proposal below.

The unifying theme of Band of Bandits is that the PCs will always be a group of criminals (good or bad) looking to pull off some sort of heist. This structure provides a flexible, unifying theme for each story arc and allows players to create archetypal characters without getting stuck in a rut. Heist stories run the gamut of genres and work well in all systems. Characters could be cowboy outlaws looking to knock off a train in the 1800s, 1930s gangsters looking to assassinate a rival gang’s Don during a funeral, modern-day spies implanting a virus in a sinister organization’s computer, rebels in the Star Wars universe looking to steal the Death Star plans, or a band of medieval adventurers hoping to swipe a magic sword from a dragon’s hoard. 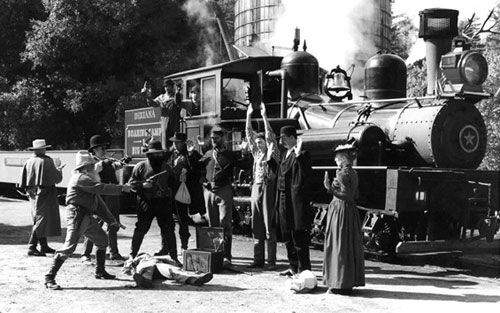