Hey guess what? You can order The Demonplague, my level 1 – 20 fifth edition adventure, right now!

I wrote about this years ago when it happened, but did you know there’s a secret (noncanonical) episode of Dice, Camera, Action wherein Chris Perkins is a player… AND I AM THE DUNGEON MASTER? It was an incredible experience. I got to run for Chris as well as Anna Prosser Robinson, Holly Conrad, and Jared Knabenbaur. This episode of the D&D streaming series is stand alone, so you don’t need much to know anything about the group’s story to watch, but I highly recommend checking it out! It’s not just one of my favorite actual play shows. It’s one of my favorite shows in any medium.

What Is Dice, Camera, Action?

Dice, Camera, Action with Chris Perkins is an actual play series starring Anna Prosser Robinson, Holly Conrad, Nathan Sharp, and Jared Knabenbaur. They began playing back in 2016, when Chris ran the group through the Curse of Strahd adventure. They have since gone on to play Storm King’s Thunder, Tomb of Annihilation, and are currently in the middle of Waterdeep: Dragon Heist with the same characters. It is SUPER fun to see the lead designer of these adventures leading a group of the same characters through each. In addition to amazing roleplaying, I get a real thrill out of seeing how Chris changes the adventures and stories to fit the party.

So How Am I Involved Again?

In the Summer of 2016 I was asked to run some games during Roll20CON to help raise money for Cybersmile, a great charity that helps prevent cyberbullying. While I was talking with the Roll20 team about what games I could run, they asked if I’d be ok running a game for the Dice, Camera, Action crew. They told me the whole team wanted to be involved, but that Chris wanted someone else to run who knew the platform inside out. I jumped at the chance.

2016 is the same year the DMs Guild launched, and it was suggested I run an adventure from the guild that seemed right for the show. The show was still in its first Curse of Strahd season at that point, so it was a great excuse to run one of my favorite one-shot adventures by Merric Blackman, Death in the Cornfields. The adventure can be played by itself, but ties in nicely with Curse of Strahd. I tied Merric’s adventure to one of my own early releases (very early as you can see from the layout), Tarokka Expansion, put it all into Roll20 and we were off to the races.

The videos of our game creepy, scary are below! Happy Halloween!

I told you my last blog post was a preview for my upcoming DMs Guild product, well now it’s here! Tarokka Expansion gives you a bunch of new options for the tarokka deck you bought for Curse of Strahd. With this product you can… 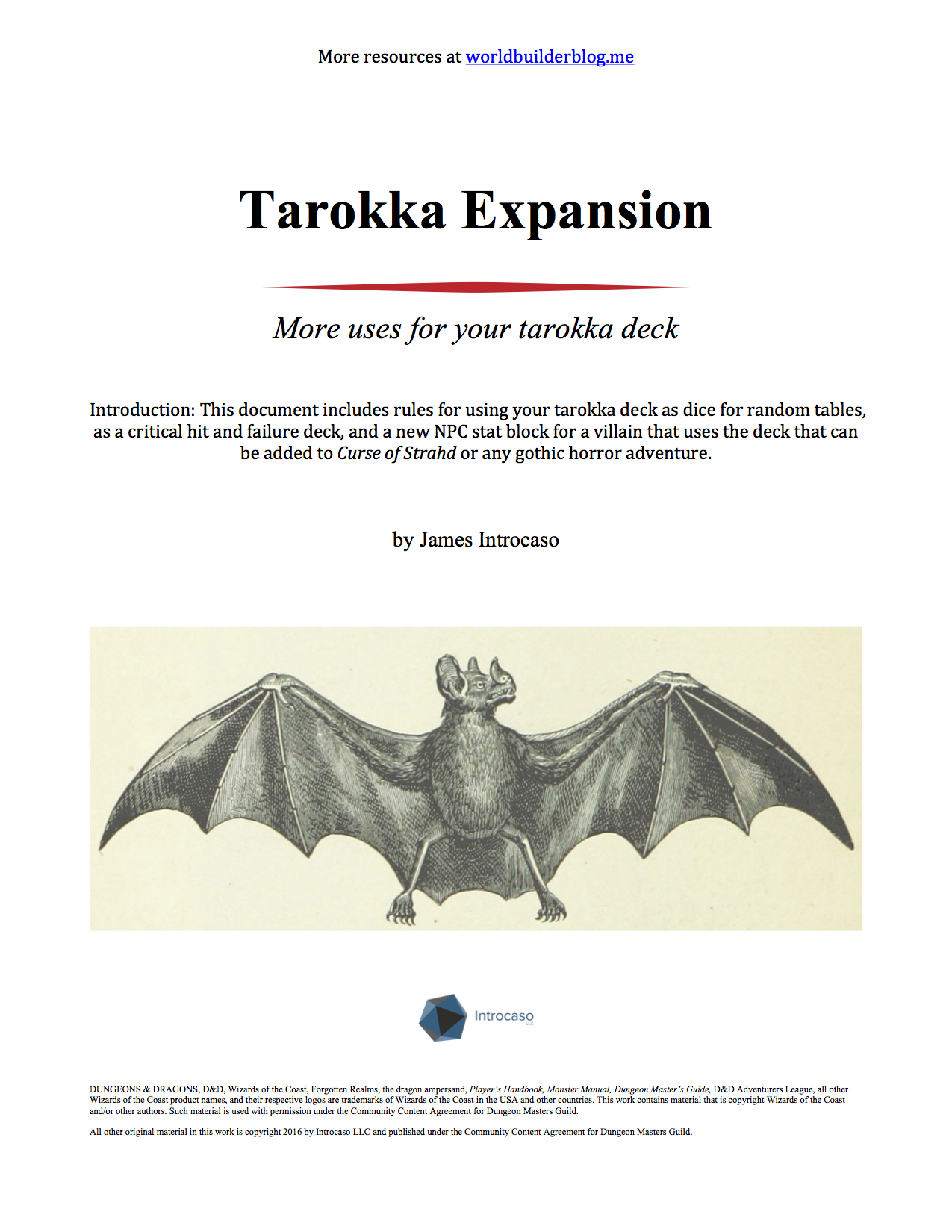 This product will be making an appearance during my 2PM Pacific time game during Roll20CON. As of this posting – Roll20CON is tomorrow! Check out the schedule below! You’ll notice I’m running two fifth edition games during the 24-hour live stream with some of the biggest names in Dungeons and Dragons including… 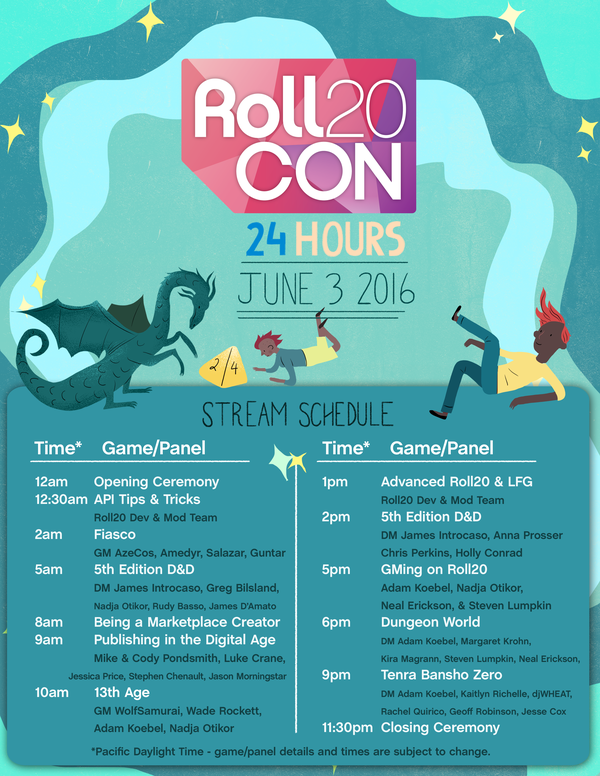 If you haven’t heard about Roll20CON yet, the info is below!

The free, online-only celebration of the Roll20 Community will take place on June 3rd, 2016 for just 24 hours – but you can start preparing, listing, and joining games now! From 12AM – 11:59PM Pacific time, there will be games galore played on my favorite virtual table. You’ll want to join in the action and get to try some of the Plus and Pro subscription features for free. That’s right. Dynamic Lighting (and tons of other awesome features) will be free during Roll20CON.

During the convention, some of your favorite streamers, publishers, podcasters, and I will be live onTwitch helping raise money for Cybersmile, the international non-profit supporting victims of cyberbullying.