How I “Got My Start” in RPGs

I’m going to write a post that is self-indulgent. I guess that’s true about every post on this blog in one way or another, but this blog post is going to be a story in which I am the central character, which is a little unusual for this site. Usually it’s some crazy monster, magic item, piece of advice, or game mechanic that takes center stage. If you hadn’t guessed from the title, this post will tell you how I became a somewhat, kinda, sorta, maybe, known creator in the world of tabletop roleplaying games.

I’m writing this post because several people have asked me how I “made it” in the industry. To be honest, I’m not sure I have “made it” at least by the modern definition. I’ve got a full-time gig outside the industry as a TV commercial writer/producer (which I really love). That being said, I do get paid to work on some pretty great projects in the industry and I am doing more in this space than I dared to dream, so in some ways I guess I have “made it” in this industry. At least made it further than I expected.

Still I thought sharing my story might be helpful for anyone out there interested in a freelance RPG design career, but I will say that my path is unique and involves a lot of luck, so I’m not sure it can be replicated. I was inspired to share thanks in part to the requests I got, but also by a recent episode of the Down with D&D podcast in which designers and podcasters Shawn Merwin and Chris Sniezak shared their own stories. Definitely check out the episode because they have great stories and a lot of amazing advice. 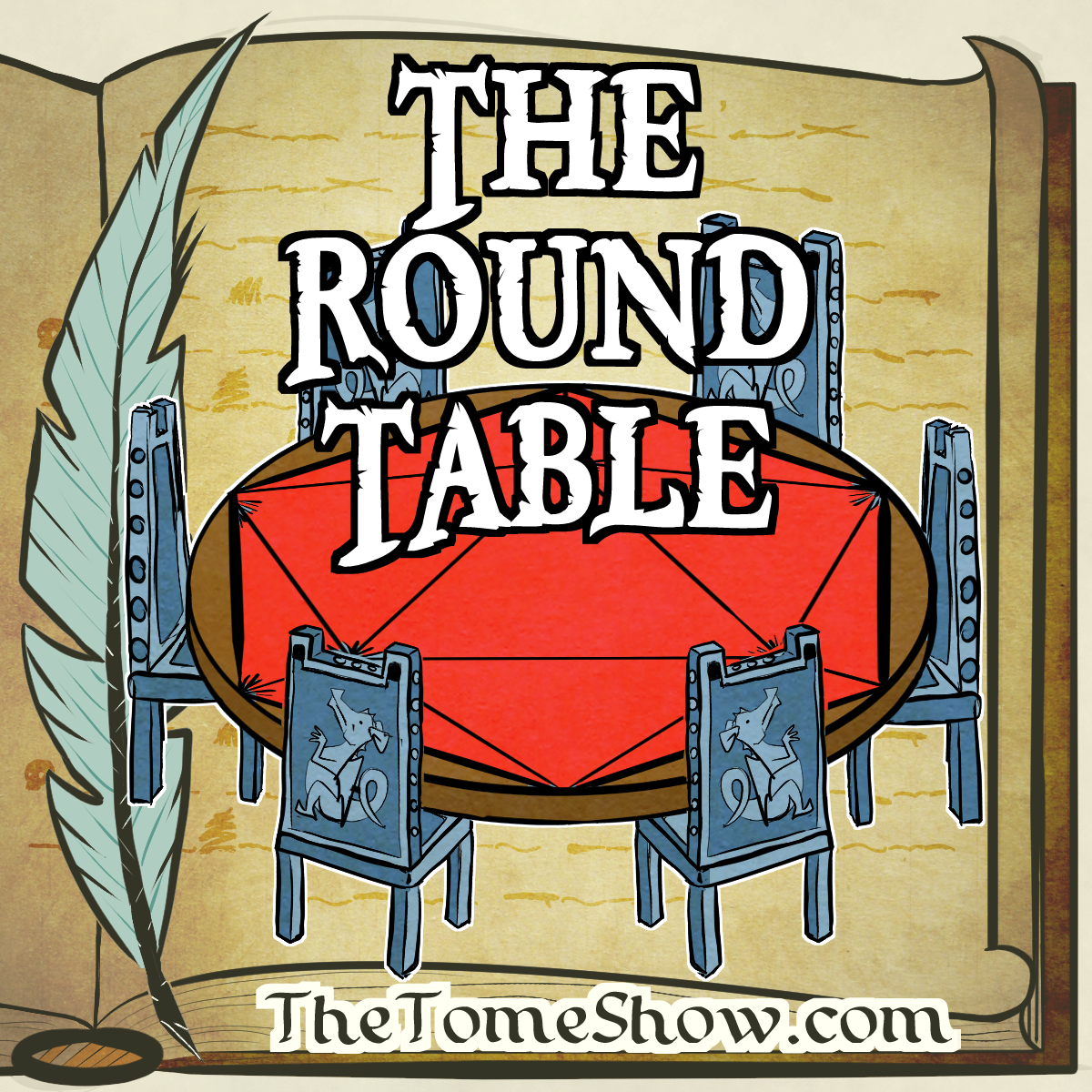 In Fall of 2013 I was listening to a lot of podcasts and playing tons of D&D with my friends on Roll20. The D&D Next playtest was in full swing and I devoured every piece of D&D news I could find. One of my favorite programs was the News Desk on The Tome Show, but it only came out once a month. I searched for other D&D news podcasts, but most were actual plays, none with D&D news. I remember telling my then-girlfriend, now-wife, Bonnie, that I wanted to listen to a weekly show that covered the latest D&D news in-depth. I told her there was no show out there like it (that I knew of) and Bonnie said, “Why don’t you make it?”

What did I have to lose by giving it a shot? I already knew how to edit audio… but I didn’t know how to book guests, build an audience, or even submit a podcast feed to iTunes. At the time I was listening to backlogs of the now-defunct D&D advice podcast Critical Hits hosted by Mike Shea of Sly Flourish. At the end of each podcast he gave our his contact information, including email, and encouraged folks with questions to reach out. I emailed Mike, thanking him for his awesome contributions to the community and asked for advice on starting a podcast. I soon realized how gracious he truly was. The man gave me 600 words of free advice and told me if I wanted more I should contact Jeff Greiner, the creator and owner of the aforementioned Tome Show podcast.

Already a subscriber to Jeff’s show, I eagerly went to him for advice next. Jeff asked me to pitch him my idea and without even knowing it was coming he offered me a chance to do my show on the Tome Show’s feed, immediately hitting a large audience of subscribers! I admit, this is some pure, amazing luck. Thus my first public RPG-related creation was born: The Round Table podcast. Special thanks to Rudy Basso, Alex Basso, Greg Blair, and Vegas Lancaster for making those first several episodes with me and encouraging me to keep making the show in those first weeks. Extra special thanks to Sam Dillon for actually getting all those episodes on the air. After several months of consistent output, Jeff told me (after I asked a few times) that he trusted me enough to revive the Gamer to Gamer franchise on the network and I started interviewing professionals in the industry. (Shoutout to my first interviewee on that show, Wolfgang Baur!)

I was three episodes into The Round Table and seeing thousands of people listening to the show when I decided I should probably use the podcast as a platform to promote something I always wanted to do, but had been too lazy to start – a blog about homebrew design. I had a lot of time on my hands, since Bonnie was on a two-week business trip, so rather than play video games every night (which was my normal MO when she was gone before the blog and podcast), I used the time to create this site. I made a commitment to write two articles a week. To keep myself accountable, I started shouting the site out on the podcast, knowing that I would need to keep it stocked with content if people were going to show up.

The blog’s audience growth was slow, but steady. I started with less than 10 views a day, but as I kept updating it consistently and shouting out new posts to various social media groups and message boards, the views crept up. Now on days when I don’t post something new, I get about 500 hits in a day, but it took me three years to get here.

So how did I finally get paid for some game design? Well my first jobs came from EN5ider and Johnn Four‘s Roleplaying Tips and they came about quite differently.

I had a year of blogging and podcasting under my belt when I saw EN5ider was just starting up. I saw a post on EN World calling for article submissions, so I figured I’d give it a shot. I had been rejected before by Dungeon and Dragon magazines and by the Adventurers League, but I didn’t let that discourage me. Editor James Haeck accepted of my pitch! Give Chase was born… after careful outlining, planning, proof-reading and revising, and revising again once I got notes from James. I made sure to hit each deadline and to listen to the editor’s feedback, incorporating it into the article, rather than rejecting what was said. James and I worked well together and I’ve written a few more articles for EN5ider since then.

Roleplaying Tips came about in a much different way. World Builder Blog was a regular contributor to the monthly RPG Blog Carnival and through that Johnn noticed my work, he reached out to me and asked if I would write an article for his newsletter that gave worldbuilding lessons. I’d be paid for the work and I could repost it here on the blog. That’s a great deal, so of course I said yes. Johnn and I have worked together on a few projects since, including a massive adventure that should be coming soon!

It was about another year before I got to do work for more people. In that time the DMs Guild launched. I already had a heaping helping of fifth edition content on this blog, so I put some of that into PDFs (without having ever done layout). The reputation I had built for myself on the blog and podcast helped get my products some buzz and a few became best-sellers. That’s when things really started to pick up.

The Adventurers League asked me to write an adventure for them and Shawn Merwin asked me to write another for Baldman Games. Roll20’s owners (who I met after applying for their game master job, which I did not get but did give me a chance to make connections with these very cool people) asked me to create their introductory fifth edition adventure, The Master’s Vault. Since then I’ve worked on a few other projects, but those are going to stay secret for now. Many of them are people I have met at conventions.

You know the rest of the tale. I’ve continued to create and since left the Tome Show to create my own podcast network with Rudy Basso. What’s in store for the future? Only time shall tell!

I clearly owe a lot of people many thanks. I could not have made it to even where I am today without them. My timing worked out and I was very lucky, but I also created some of my own luck by working hard. Hopefully this story helps some of you out there!